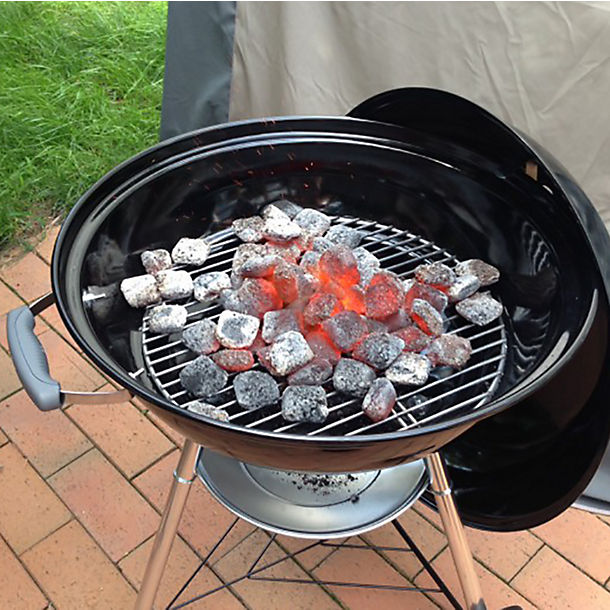 £7.99
This product has been discontinued.

Australia’s best-selling barbecue fuel, Heat Beads Original BBQ Briquettes are a convenient way to fuel your barbecue. Clean to handle and smokeless when they burn, they’re ideal for using in any variety of barbecue, from impromptu beach-side grills and camp ovens like the Cobb Barbecue, to kettle barbecues for entertaining crowds on the patio at home.

Up to 5 hours’ cooking time

Offering up to 5 hours of cooking time, Heat Beads’ briquettes provide high cooking temperatures and retain their heat for a long time thanks to their careful formulation and tightly compressed construction, so there’s no panic to get everything onto the barbecue at once, and no worries about having enough time to cook things all the way through. Created to make us all more confident about alfresco cooking, these briquettes are much less hassle than the technicalities of using charcoal, and they won’t cover you in black dust when you’re setting up your barbecue.

How are Heat Beads Original Briquettes made?

Safe, non-toxic, smokeless and odourless to cook with, these pebble-shaped bricks of fuel are a blend of natural hardwood charcoal dust – previously a waste product – mixed with a slow-burning, purified mineral carbon known as char. Combined with heat-retentive sand to help extend cooking time and a little salt which, apparently, makes them easier to light, the ingredients are bound together with food-grade starch and compressed into neat little ‘coals’.

How to light your barbecue briquettes

Fuelling the Australian passion for barbecuing since 1970, Heat Beads are made by Australian Char, an Aussie company with a passionate belief in chargrilling as the only way to get that true BBQ taste. The leading producer of high-quality barbecue fuel in Australia, their reputation – and recognition of their distinctive wheel of fire logo – is now spreading around the world.

I bought these heat beads because it has proved impossible to buy the cobblestones or other cobb specific fuels. They are not as good, take the usual 40 mins to heat up and do not run as hot so you BBQ takes ages and does not cook crispy. I personally do not want my steak steamed! I am a bit annoyed at finding my expensive BBQ no longer works properly. I have tried other high quallity briquettes and the same is true