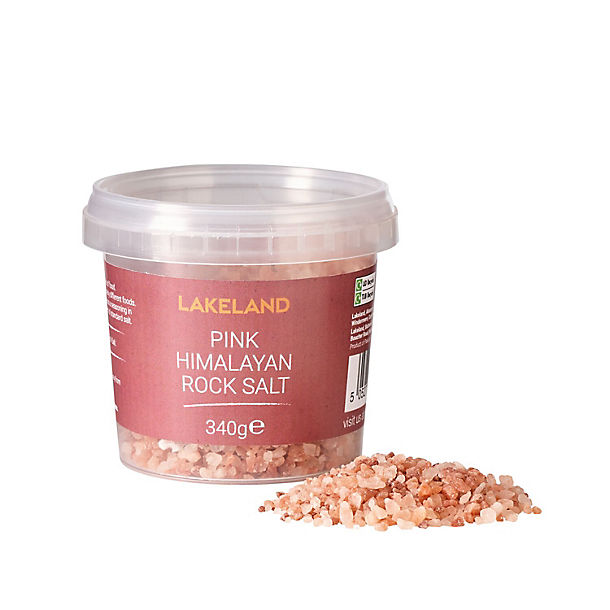 chevron_left Previous chevron_right Next zoom_in Hover over image to zoom

£3.99
error_outline Please note: this bundle will arrive in more than one delivery.

Ordinary table salt has its place (you only get one guess where…!), but if you want your seasoning to have a bit more flair, a sprinkle of our Pink Himalayan Rock Salt is hard to beat.

These little crystals of pure rock salt are perfect for adding to your cooking as a replacement for ‘normal’ salt – either add straight to recipes while you’re cooking, where they’ll quickly dissolve, or pop them in a mill and grind them over prepared dishes to season. They come in a range of shades from almost colourless to deep red-pink, so they’ll add a pinch of colour and crunch as well as flavour to your food.

Himalayan crystal salt originated during the creation of the mountains over 200 million years ago, when the Indian continent pushed north against Asia. Its eye-catching colour and the variation from light to dark pink are due to varying levels and types of trace minerals present.