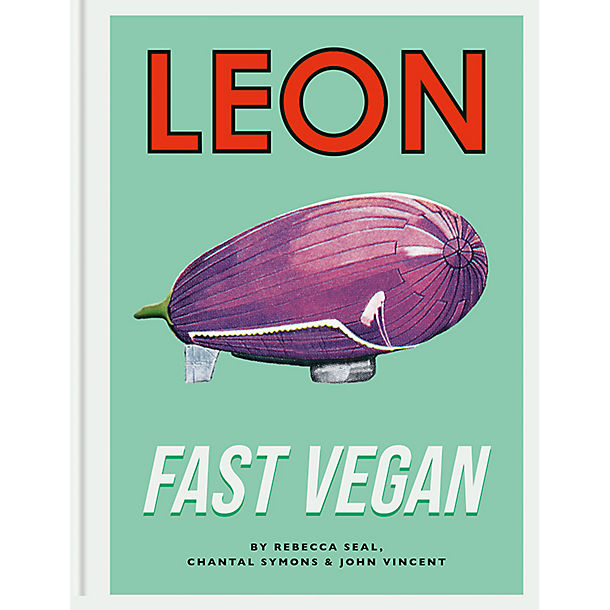 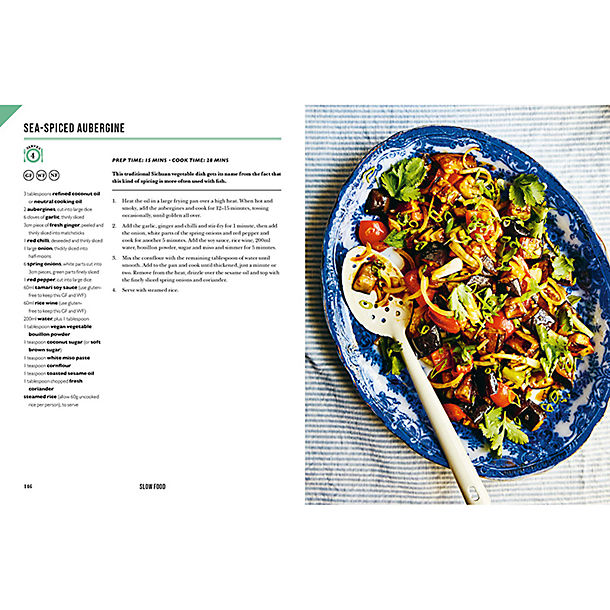 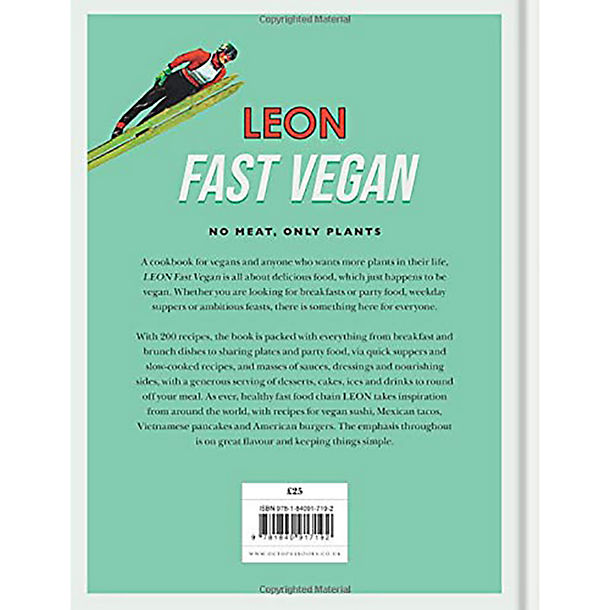 French toast with poached rhubarb for breakfast; Singapore rice noodles for supper; banana pecan ice cream milkshake for dessert; chocolate and raspberry torte any time. Hungry yet? Packed with more than 150 ideas for breakfast, supper, desserts, side dishes, snacks and party food, the one thing every recipe in Leon’s new cookbook have in common, apart from being irresistibly delicious, is that they’re all plant-based.

Fast Vegan, the latest offering from healthy fast food chain Leon, takes inspiration from around the world to bring you a huge variety of tempting tastes – Spanish omelette, Greek moussaka, American-style burgers, Vietnamese crispy pancakes… all of which just happen to be vegan. No meat, no dairy – just plants.

We’re all being encouraged to get more plant-based food into our diets – for the good of our health and the planet. So if you’re already following a vegan diet, want to get more plant-based recipes into your repertoire or just love exciting flavours from all around the globe, then this book is for you, whether you’re a vegan, vegetarian or a fully paid-up carnivore who wants to eat a bit less meat.

Beautifully illustrated and with ideas for every meal from breakfast to supper and everything in between – including sauces and side dishes, party food and small plates, drinks, sorbets and ices, and ‘veganised’ versions of some meaty favourites like burgers, smoked salmon and mac and cheese, you’ll never think that vegan food is bland or boring again.

With the emphasis always on flavour and keeping things simple, Fast Vegan is sure to become a well-thumbed and lovingly food-stained addition to your cookbook collection.

From one small outlet in Covent Garden, which opened in 2004, to a flourishing worldwide empire of 55 restaurants, Leon have been bringing their ethos of healthy fast food to hungry diners long before it was fashionable. As founder Henry Dimbleby says: “We opened Leon because we wanted to prove that it was possible to serve food that both tastes good and does you good. We want to make it easy for people to eat well on the high street. We want to do this in every major city in the world.