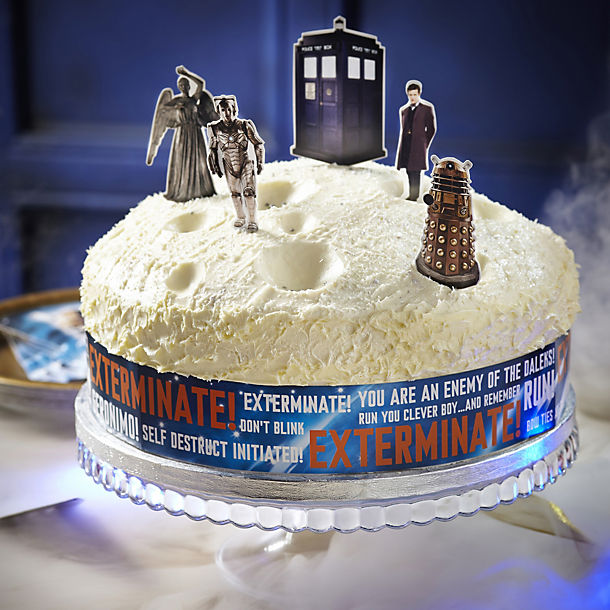 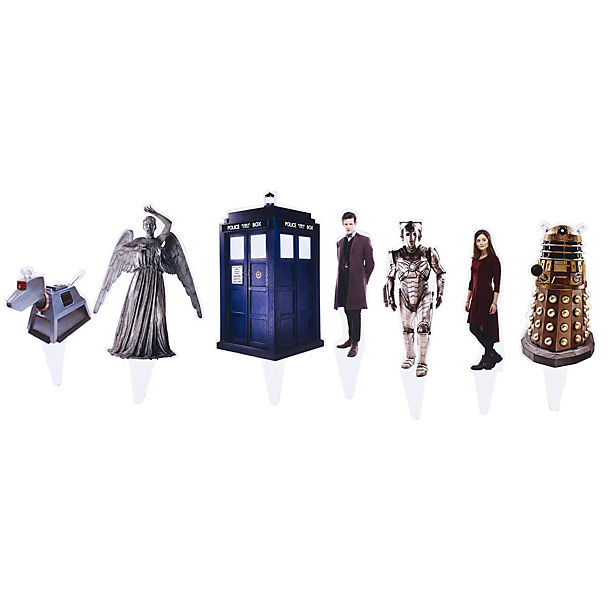 £0.49
This product has been discontinued.
error_outline Please note: this bundle will arrive in more than one delivery.

Everything you need to present your centrepiece cake in style.

Comprises band to fit cakes up to 28cm (11") Dia. and 7 toppers in assorted designs.

I ordered a number of Doctor Who items including the cake decorating kit, Dalek cake wrapper and toppers and dusting set. There were mixed reviews on these items and although I was happy with the dusting set, the other two items are flimsy pieces of cardboard and look cheap. I bought these in the sale. Thank goodness I did not pay the full price for them. I am sorry that I have had to write a bad review as I am usually very happy with items I purchase from your company.

Thank you for placing your review. We're sorry to hear you've been disappointed with the decorating kit and we'll be in touch shortly to help.

I bought a few Dr.Who baking accessories for my Grandson's birthday (he was 14 and an avid Dr Who Fan as were some of his friends) he was having a ten pin bowling party with eleven of his friends. I usually make a chocolate cake I have been making for 48yrs, he wanted me to make the receipe into cupcakes, I did them with the Dr Who decorations, and some plain sponge cupcakes and did them as the the Daleks, he was very pleased as he said the are only a bit of fun. Having read the reviews before I bought I thought they were alot on the negative side. I thought they were good value for money.

As the previous review - very basic card cutouts, and not very good ones at that. The picture does not represent the item. Maybe mention of them being card and 2d in the description would have helped. You couldn't stick them into Royal Icing or fondant because the card tabs are not substantial enough. Always thought highly of Lakeland products in the past but not this time. Will be returning. Would like to give 0 stars, but 1 is the minimum.

Thanks for taking the time to write your review. I'm sorry that you'd been disappointed with the set, I'll be in touch shortly.

I was most disappointed with this set of Dr Who characters. Nowhere did it say that they were pretty crude cardboard cut-outs. The picture makes them seem three dimensional, but they are definitely NOT. Neither are they value for money , and frankly I would not go to the trouble of making a Christmas cake to put these on.Not even a Dalek would say they were good.Regretfully I can go no lower than 1 star.

Thank you for placing your review. We're sorry to hear you've been disappointed with this product and will be in touch soon.